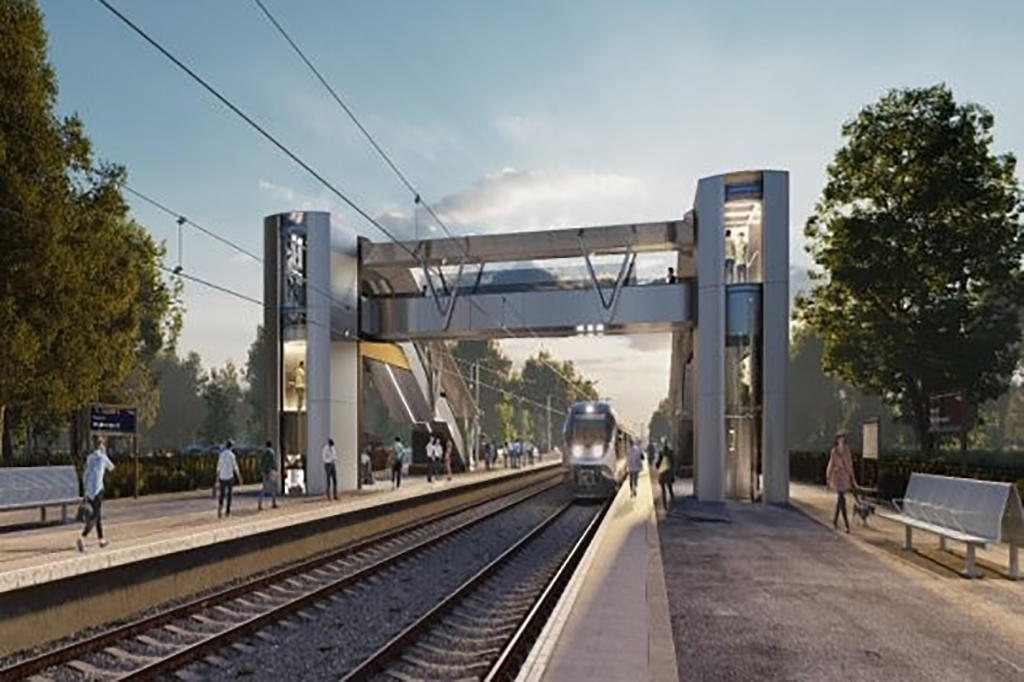 Paving the way for smarter railway infrastructure, TIES Living Lab, the ground-breaking collaboration of 25 partners focusing on 10 infrastructure, data research and digital demonstrator projects, is now on the home run to successful completion.  The collaboration, which kicked off in July 2020, has made significant progress on improving the way transport infrastructure is set up within live infrastructure projects that deliver value-adding benefits across the sector.  The 10 projects all have an integral part to play in achieving the project objectives:

As the collaboration prepares for the final push on the acceleration pedal, the projects are driving their way through their checklists and have made notable progress over recent and coming months:

If you would like to stay up-to-date with the latest TIES Living Lab news and successes, please stay tuned and follow us on LinkedIn! 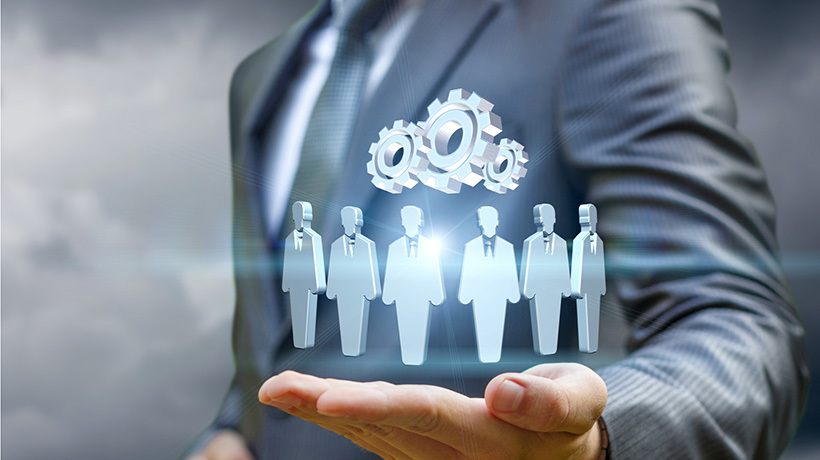 Manage your workforce competency levels at the click of a button using SkillsID. An online tool that enables you to identify your organisation’s level of competence, as well as understanding its commercial ability.  Developed by NSAR in collaboration with rail industry employers, the competency management system enables organisations of all sizes to manage competency levels.

Want to find out more, visit https://nsar.freshdesk.com/support/home and log an inquiry. 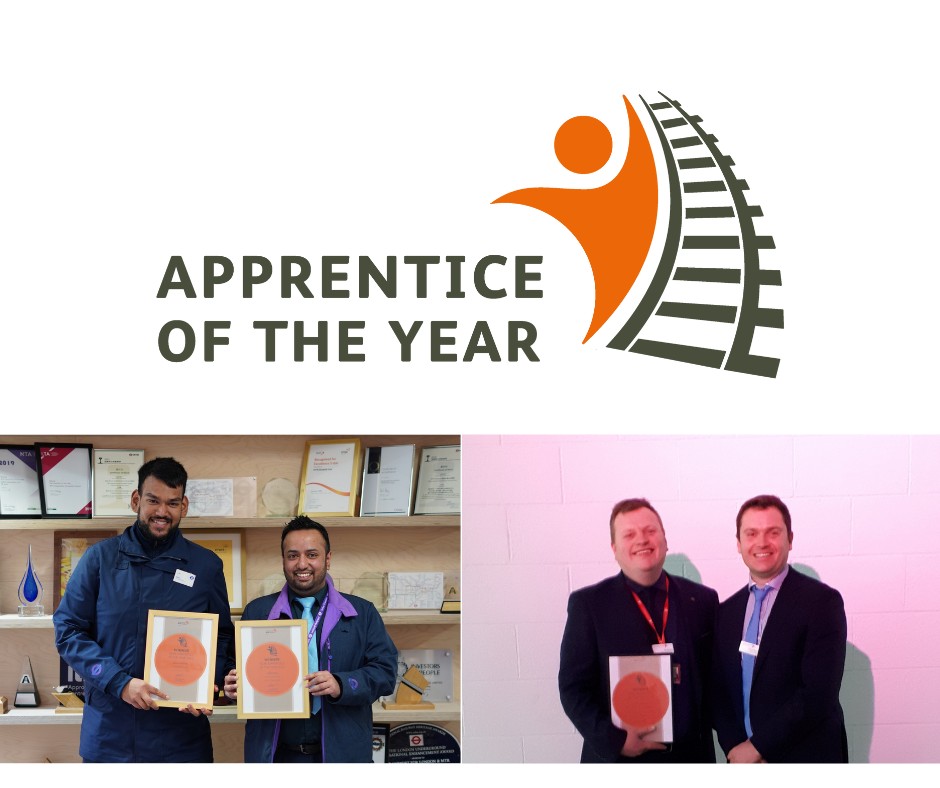 The NSAR is thrilled to announce the winners and finalists of its inaugural Rail Apprentice of the Year competition, a national initiative to provide train and freight operators with an opportunity to celebrate success within their apprenticeship programmes and showcase the outstanding achievements of their rail apprentices.

NSAR’s Skills Manager Mike Falconer who coordinated the competition remarks; “We are pleased with the support that the competition has received in its opening year and we are impressed by the quality and diversity of the submissions we have received. We look forward to opening the competition again in 2023 and plan to extend the competition by adding further categories in Digital and Rail Engineering.

Chair of the judging panel and NSAR Chief Executive Neil Robertson comments; “Rail apprentices are the future of the industry and based on the talent we see, the future looks bright! “

With billions of pounds being invested in rail over the next decade, the demand for the next generation of engineers, data analysts, project managers and customer service assistants has never been greater.

To highlight the wide range of exciting opportunities within rail, the sector has collaborated to create the website, Routes into Rail. Routes into rail aims to;

As Routes into Rail starts its third-year NSAR has created opportunities for more organisations to invest in a sector-wide talent attraction campaign.

We will be contacting our members over the next couple of months with more information on how to get involved. To register your interest please fill in this short form.

Visit RoutesintoRail.org to find exciting opportunities within rail, view the latest vacancies and see what a career in rail really looks like. 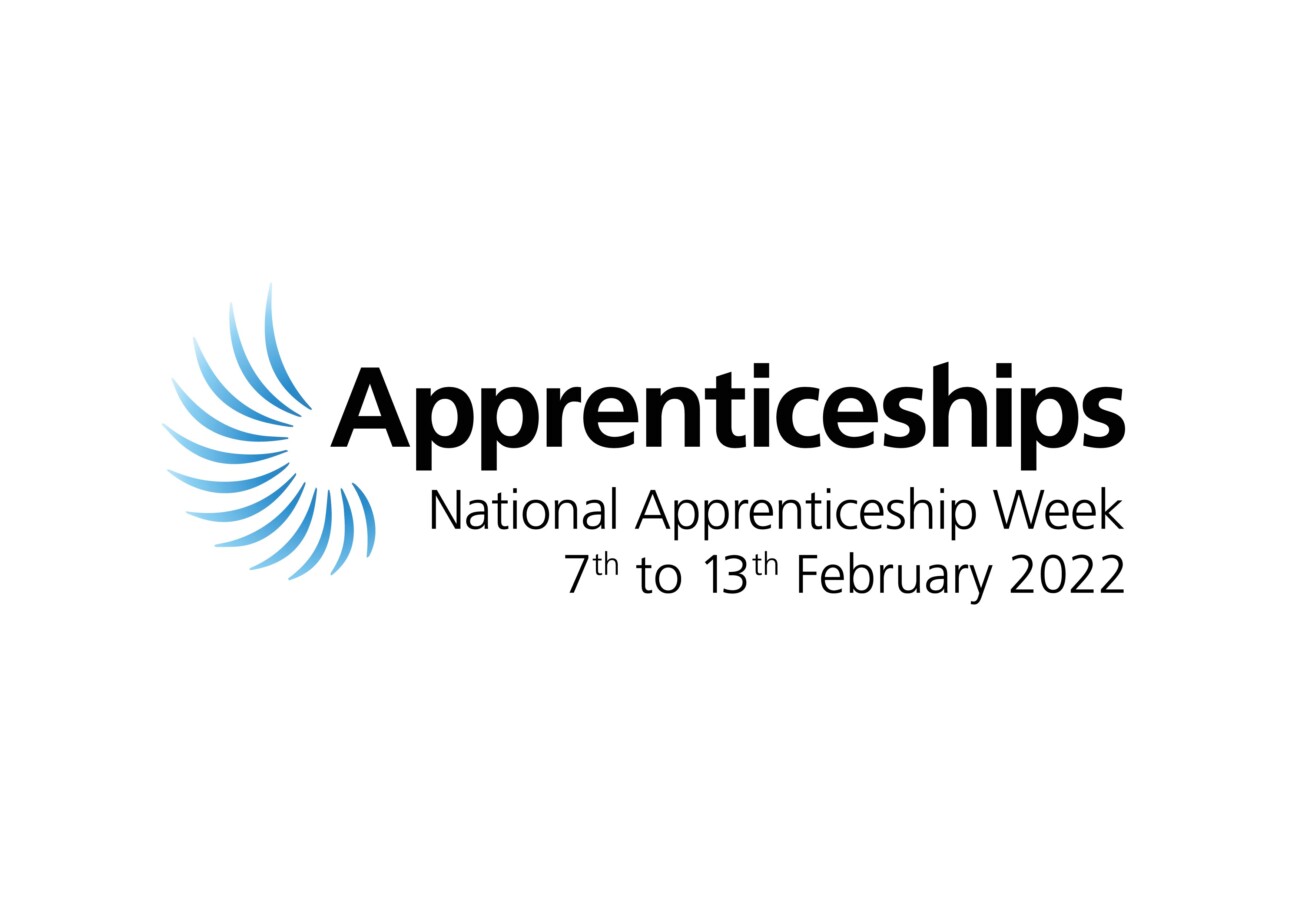 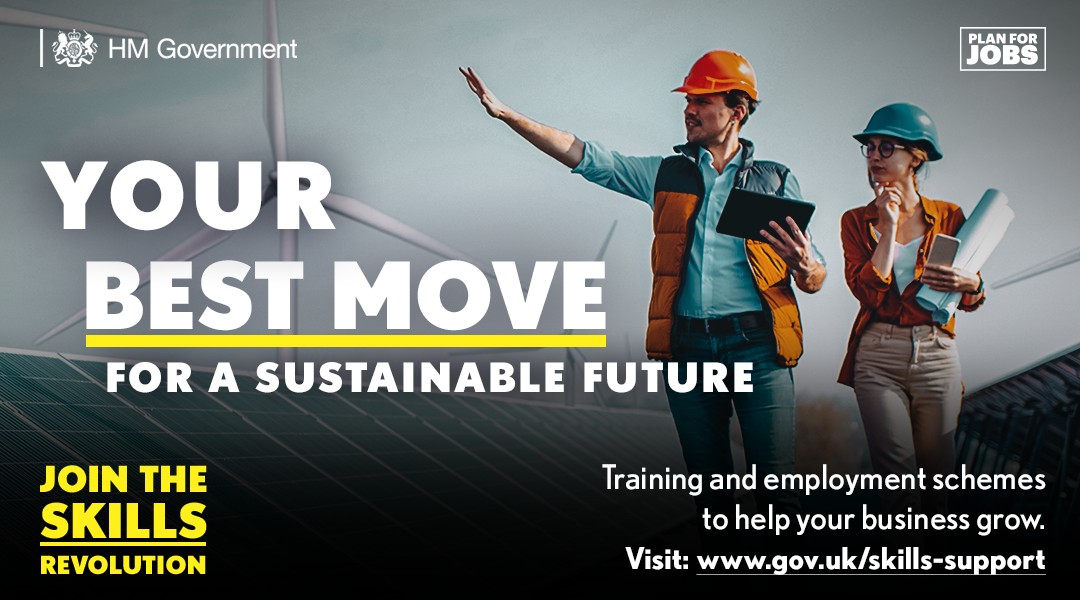 The government campaign urging employers to ‘join the skills revolution’ has launched, aiming to help businesses gear up for economic recovery by skilling up their workforce. The campaign highlights the range of support and funding available for businesses wanting to boost their workforce capabilities, including apprenticeships, traineeships and T Levels.

The campaign highlights the range of training and employment schemes available to businesses to help them gear up for economic recovery. Apprenticeships, traineeships and T Levels can help businesses grow by skilling up their employees, driving better results and helping to retain their workforce. Training and employment schemes can help fill skills gaps by developing the [green/digital/STEM] skills that a business needs to succeed.

To mark the launch of the campaign, new research has been released which shows a huge appetite for developing new work skills amongst the working public with:

86% of employees in architecture, engineering and building industries stating they want to upskill this year»

The ‘Join the Skills Revolution’ campaign will help employers take advantage of the desire in the working public to upskill by providing easy access to skills opportunities to help drive better performance. Many training and employment schemes can be for any age, a new employee or a current employee looking to retrain. Simply visit gov.uk/skillsforlife –  for skills opportunities designed by employers, for employers. 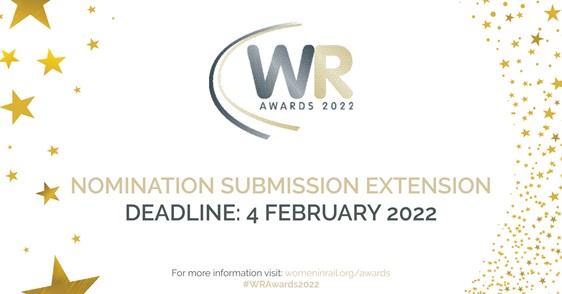 Good news! There’s still time to get your nominations in for the Women in Rail Awards 2022! The Awards aim to showcase and reward individuals and companies (large or small) who have made a significant contribution to improving gender balance, diversity and inclusion within the UK railway industry.

Nominate now and help demonstrate our industry’s commitment to supporting the Women in Rail agenda by celebrating those companies and individuals who work hard to improve gender balance, equality, diversity and inclusion within our sector in line with the objectives of the joint WR/RIA EDI Charter. 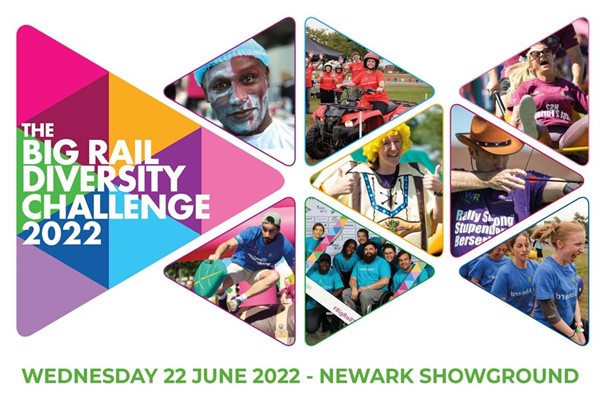 Since its launch in 2016, The Big Rail Diversity Challenge has truly captured the hearts and minds of the industry – which demonstrates the passion, support and enthusiasm for the brilliant work that Women in Rail undertakes. Growing by a staggering 80% over five years, The Big Rail Diversity Challenge has become a staple in the industry’s event calendar, with many key industry stakeholders supporting year on year.

Women in Rail and Nimble Media Ltd have developed this fun, yet serious, flagship event to allow participants from across all levels to team-build within their own organisation, as well as network with other companies and fundraise to continue the WR charity’s vital work across the UK rail industry.

Back for its seventh year, The Big Rail Diversity Challenge allows companies from across rail to demonstrate their commitment to diversity within the industry, and the business benefits attained by establishing a gender diverse workforce. 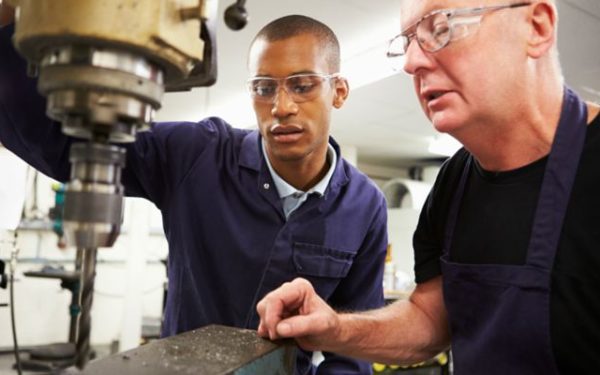 The Government’s Plan for Jobs includes updates to apprenticeship funding policy, with incentive payments for employers who hire new apprentices. The deadline for these employer incentives has now been extended, and you will be able to claim £3,000 for each new apprentice you recruit before 31st January 2022.

The incentive payment is in addition to the existing £1,000 government grant which already applies to new 16-18 year old apprentices. This means that some employers could claim as much as £4.000 when they hire an apprentice.

Check out this step-by-step guide for more information. 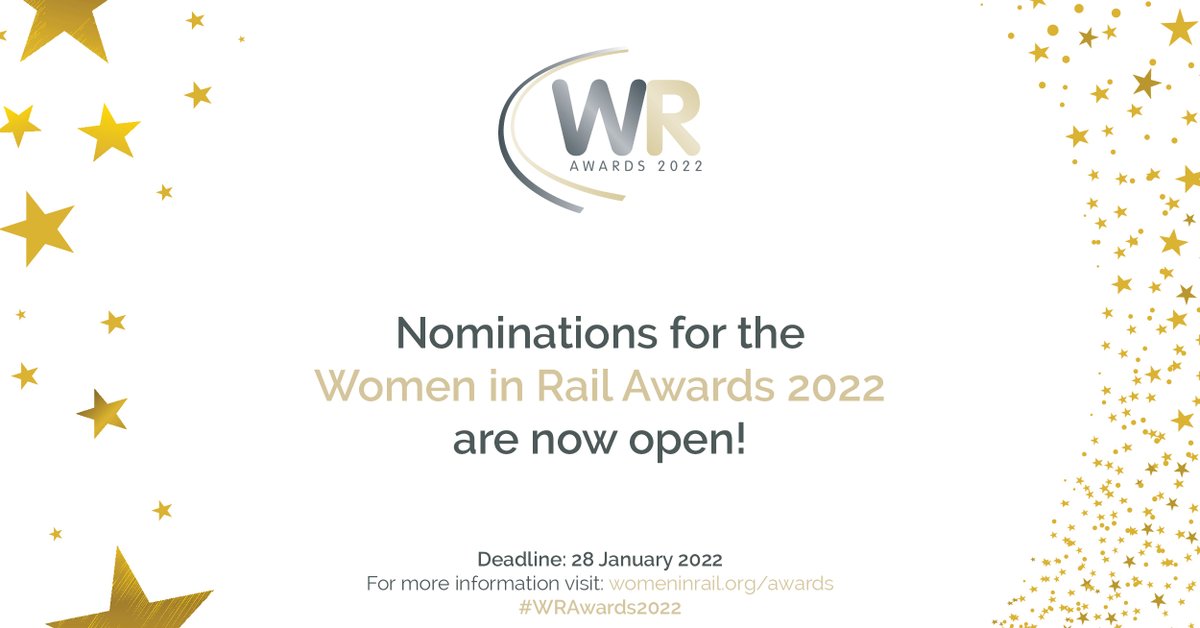 Nominate now and help demonstrate our industry’s commitment to supporting the Women in Rail agenda by celebrating those companies and individuals who work hard to improve gender balance, equality, diversity and inclusion within our sector in line with the objectives of the joint WR/RIA EDI Charter.